Knowing the history of small guns can help you discover many intriguing and odd advancements that have drawn more attention from people. The Gurojet rocket pistol is one illustration of this. The pistol, which was made by the American company MB Associates in the early 1960s, actually shot small rockets. The engineers' intention to combine high efficiency and low noise while firing in one sample is the cause of this uncommon design choice.

To be clear, the MB Associates engineers' development was not a firearm in the strictest sense of the word. It was a very odd launcher designed to fire small solid rockets or jet bullets, and it had the same design as a typical self-loading pistol. It is known that the US military may have multiple rocket guns with them in Vietnam. They did, however, purchase their own weapons, and the employment of a peculiar pistol in combat only happened occasionally. The model also failed to "take off" in the civilian market because, starting in 1968, the federal government outlawed the use of firearms larger than 12 mm in civilian settings. This effectively put an end to the entire development, even without taking into account the Gyrojet rocket pistol's many obvious flaws.

In order to combine minimal firing noise and great ammo efficiency in one sample, the engineers at Mainhardt Biehl Associates came up with the notion of building a novel handgun. If the project were to be successfully completed, the weapon would undoubtedly find a market and be used by the warriors of various special forces. Robert Maynard and Arthur Biel, the creators of the AR-15, made the decision to use non-standard ammunition to accomplish their objectives. Small stainless steel rocket shells were used as cartridges for odd guns. The designers came up with a multi-shot launcher that looked like a large pistol with a prominent feature in the shape of a perforated barrel in order to fire odd cartridges. The holes were necessary to get rid of the powder fumes, but they also made it very difficult to utilize firearms. The shooter had to watch out that no sand, mud, or strange things got stuck in the barrel. The pistol measured about 300 mm in length.

The pistol grip's lining was made of wood, whereas the Gurojet launcher was constructed with aluminum. The makeshift pistol had a built-in magazine with a capacity of six missiles, and it was placed in the traditional pistol grip. Only individual reactive cartridges could be placed in the magazine, which was accessible through a cover that slid back and was located at the top of the gun. As a result, the shooter experienced significant inconvenience and the pistol's rate of fire was lowered since he was unable to easily remove the old magazine and replace it with a fresh one. The launch tube's barrel was where the fixed drummer was installed, and the trigger was in front of the shop.

The trigger turned on its axis up and back as soon as the shooter pushed the trigger, then it struck the head of a miniature rocket. The little rocket recoiled in response to the trigger's impact, and the primer in its tail part impaled on a stationary, immovable drummer. The powder charge was then set ablaze, and the rocket's acceleration along the barrel started. The rocket cocked the trigger by turning it in the other way while it was in motion. The shooter could manually cock the trigger at the same time by using a specific lever on the left side of the pistol, called the launcher.

Weaponry for a rocket pistol

Small rockets (reactive bullets) with a pointed tip measuring 13 mm in caliber (13x50 mm cartridge) were employed as ammunition for the Gurojet rocket pistol. Due to the influence of kinetic energy, reactive bullets defeated targets in the same manner as regular handgun shots. The powder charge in the rocket ammo burned for around 0.1 seconds at the same moment. The rocket bullet's speed was only 30 m/s as it shot out of the pistol-launcher barrel, which is a very low number. The main issue was that the bullet was inefficient in close combat because it achieved its maximum force at a significant distance from the weapon. This was caused by the rocket ammunition's design characteristic, which allowed for steady acceleration.

The ammunition's absence of a stabilizing tail in flight was one of its issues. Even though trials in this direction were conducted, Gurojet ammunition of the same caliber was never developed. The tested ammo also had extremely poor accuracy, which scarcely qualifies as adequate. The pistol became useless and imprecise when firing at far targets because of the wide range of strikes caused by jet bullets, which could only be stabilized in flight by rotation due to the deflection of some of the powder gases in the radial plane. According to the manufacturing business, the bullet deflection ranged from two to three meters at a distance of 100 meters, and in some cases it was much more stunning.

Instead of a conclusion

The unusual Gurojet rocket pistol, created in the 1960s, has made its mark on the history of firearms. The energy of a small rocket shot from a pistol in tests conducted out at ranges up to 180 feet was roughly twice that of a bullet fired at the target from a Colt M1911 pistol (chambered in 11.43x23 mm). The gun complied with the majority of the stated requirements, including minimal recoil and low noise when shooting. Only the quiet hiss of a rocket in flight could be heard when firing from the Gurojet rocket pistol. Due to the low number of parts, especially moving parts, this may include simplicity in use and maintenance. This was the extent of the gun's good points.

The unconventional firearm had numerous evident disadvantages that exceeded its benefits. The handgun, developed by MB Associates, proved to be useless in close combat since the missiles required time to accelerate. Due to the prevalence of pistols in actual battle, the Gurojet rocket pistol's function as a weapon of last resort at close range was all but destroyed. The lack of stabilizers also resulted in the "improvised bullets" having a significant dispersion, and the handgun itself stood out for its amazing size. The shortcomings of unique weaponry were also attributed by specialists to insufficient reliability and a tiny magazine capacity (only 6 rocket cartridges). One of the issues was how frequently new weapons would malfunction. One misfire per 100 shots occurred during the tests, which was more than all values u200bu200ballowed in the weapons industry. It is important to note that these misfires were only discovered while shooting under nearly ideal circumstances; under actual combat situations, their number could dramatically rise. The shooter could easily be let down by the firearm at a crucial moment, and in war, individuals pay the price with their lives.

The aforementioned factors for a very long period reduced the attention of gunsmiths in such handgun models. A number of 3D printed jet bullets were designed and tested up till 2018 by TAO Fledermaus, an American company with enthusiastic designers. Although the initial trials were rarely successful, the TAO Fledermaus designers are still interested in creating such munitions. 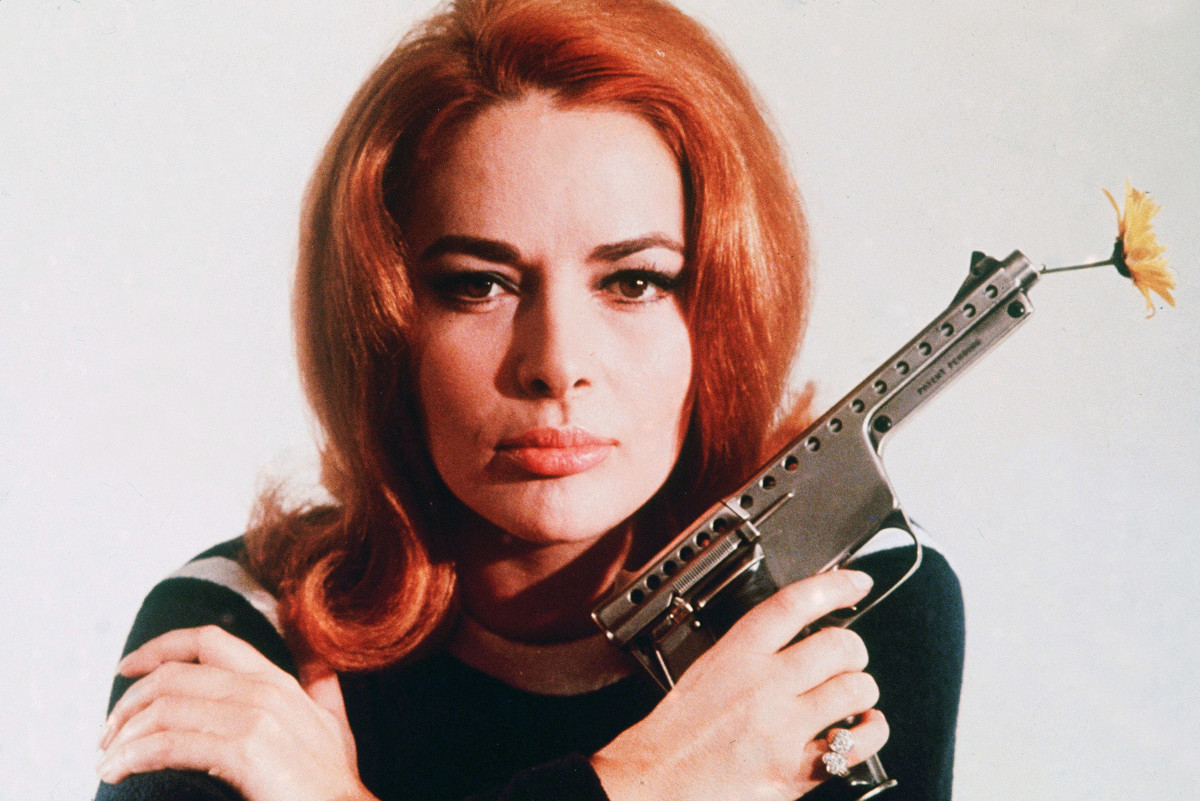