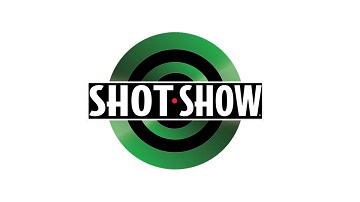 From brand new gun designs to new imports and reproductions to...airsoft guns are at SHOT Show? Here are some of the coolest things at SHOT Show 2023 that you might want to see!

FOSTech, the makers of the meanest looking 12 gauge AK47 variant, came out with a stronger and lighter alloy for their AR15 receiver sets made of a mixture of aluminum and magnesium that claims to be 30% lighter and 30% stronger than Al-6061-T6!

B&T unveiled an innovative 9mm PCC that seems to be a modern adaptation of the French MAS38, and they show off some of their new products!

The Tactical Night Vision Company (TNVC) shows off some new toys to help you own the night!

Going back over to B&T for a moment...They're importing Hungarian Dragunov rifles!

Here's a short video with a lot of new guns in it. It includes a clip about DSA launching a reproduction G-series FAL:

And here's an exciting video for all of you shotgun fans out there!

The strangest thing we've seen at SHOT Show 2023 doesn't have to do with gunpowder. Who else here knew that airsoft guns are shown off at SHOT? Let us know in the comments!

In the comments below, let us know which products you're most excited for!