The White House on Wednesday confirmed Chipman, who was an ATF special agent for 25 years and serves as senior policy adviser to gun-violence prevention group Giffords, as the president's ATF pick.

"GOA is ... shocked at the brazen decision to nominate a registered anti-gun lobbyist to be director of the Bureau of Alcohol, Tobacco, Firearms and Explosives," Gun Owners of America Vice President Erich Pratt said in a statement to Fox News. "David Chipman's anti-constitutional lobbying career clearly disqualifies him from holding public office." 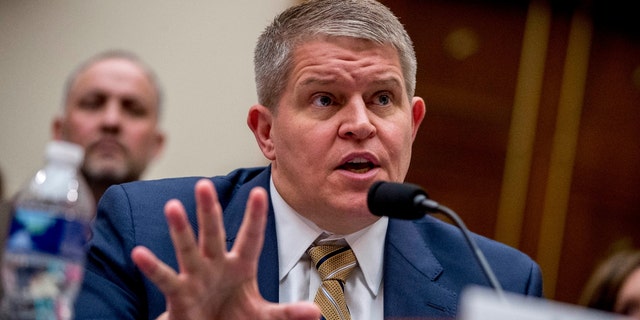 Dudley Brown, president of the National Association for Gun Rights, noted Chipman's role as a case agent for ATF in the Branch Davidian trial while he was based at the Waco, Texas, field office.

"David Chipman has been on the leading edge of ATF scandals for decades, all the way back to Waco - and now he shills for gun confiscation with Gun Control Inc.," Brown said. "Chipman has embraced every hair-brained gun control scheme proposed, so of course Biden and Harris chose him - he'll fit right in with their corrupt administration."

National Rifle Association spokesperson Amy Hunter said Biden's decision to nominate Chipman to lead the ATF and tap former Judge Merrick Garland as attorney general, who was confirmed in March and has expressed support for gun-control policies, "has made clear his sights are set on restricting the rights of law-abiding gun owners while ignoring criminals and foregoing substantive measures that will actually keep Americans safe."

Speaking before the House Judiciary Committee in 2019, Chipman argued that "assault weapons like the semiautomatic AR-15 ... are identical to those used by the military." 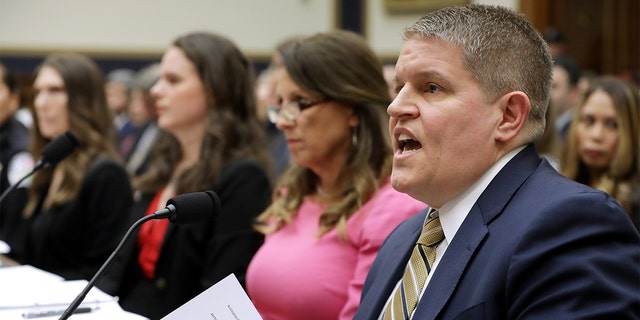 "If our goal is to balance the rights of responsible, law-abiding gun owners and the urgent need to keep particularly dangerous weapons out of the hands of criminals, simply reinstating the 90s-era ban on assault weapons is not enough," Chipman said at the time.

He argued instead that lawmakers could consider requiring the registration of "all existing assault weapons in the hands of civilians ... while banning the future manufacture and sale of these weapons," as well as registration and tax requirements on sales of certain weapons such as "sawed-off shotguns, short-barrel rifles, machine guns" and accessories like silencers.

During his tenure at the ATF, Chipman "disrupted firearms trafficking operations in Virginia that were supplying illegal guns to New York City," and was named special agent in charge of ATF's firearms programs, according to his bio on Giffords' website.

Chipman also received the Attorney General's Award for Outstanding Contributions to Community Partnerships for Public Safety in 2005 for his efforts to combat local violent crime and served on the Firearms Committee of the International Association of Chiefs of Police.

Chipman has expressed skepticism about the feasibility of confiscating assault weapons from their current owners.

In an op-ed he penned in The Roanoke Times last year, Chipman described himself as a "proud gun owner" who has sometimes been "mischaracterized as a gun grabber." Chipman noted that he supports gun safety regulations that would "save lives" but wouldn't take guns away from law-abiding citizens.

"I am a proud and responsible gun owner, as are millions of Virginians," Chipman wrote. "I am also permitted to carry a concealed handgun. I am not afraid of lawmakers in Richmond passing laws to make it harder for criminals to get guns. In fact, I'm part of the majority who demand it."

ATF is a law enforcement agency within the Department of Justice that strives to safeguard the public from criminal organizations and activity, including the illegal use and trafficking of firearms.

Fox News' Brittany De Lea contributed to this report.
About Community
All discussions for ammo! Come and see
64 Posts
Created May 15, 2021
100 Followers
​