The right choice of ar15, what you need to know

This post will discuss what you should know about the AR15 rifle in order to make the best decision. Let's discuss the parts that make it up and what to look for while putting your own AR together.

In the shooting world, all components of carbines and AR-15 rifles that are not their primary parts are collectively referred to as "kits." Included in this are the forearm and its attachment system, the pistol grip, the USM bracket, the stock, as well as a variety of extra handles, mounts for flashlights and laser designators, belt-tying devices, etc.

A2-type pistol grip with an interdigital protrusion, a carrying handle with a diopter completely in it, and a crude standard telescopic stock are all included in the basic body kit sold with the majority of AR-15 variations, which is comparable to the army's for the M4 carbine. However, the AR-15 is not in vain referred to as the LEGO builder for adult boys, and as a result, the majority of owners of such firearms are interested in and enthusiastic about conducting experiments to determine the best body kit for carbines and rifles from outside manufacturers. And there are already a ton of options! The diversity and number of body armor and other AR-15 attachments are simply astounding. What can you buy from all of this?

First off, many shooters switch out their conventional forearm for a cantilever one in order to increase their shooting accuracy. With this change, the barrel of the gun hangs out and is no longer in direct touch with the forearm from the receiver to the muzzle. The gas block frequently has to be changed or modified for this.

A "rail" RIS-handguard (Rail Integrated System) or a "quad rail" handguard is a cantilever handguard with Picatinny rails for connecting potential attachments (if it carries four long bars - top, bottom, right and left). The newest trend in this field is lightweight aluminum or carbon (carbon composite) handguards with the KeyMod system, which enables you to swiftly install removable Picatinny rails of any size in precisely the locations where they are required for mounting accessories. Since the gas block is a part of the base of the front sight, the traditional M16 and M4 handguards are typically short and leave the gas block exposed. However, contemporary cantilever handguard systems offer choices for handguards that almost reach the muzzle. This makes it easy to hold the gun with a "long" grip common in sports, when the left hand is employed to quickly aim the gun at the target while the forearm is virtually fully extended.

You can swap out the regular handguard for an alternate one that is also made up of two halves if the cantilever handguard and the hanging barrel are not priorities. The procedure for installing it and the arrangement of the gas block remain unchanged at the same time, but the shooter has the option of mounting further accessories on the forearm.

The front handle will be a welcome addition to the long cantilever handguard, making it more comfortable to hold the firearm. From basic finger rests and angled grips to quite long models with built-in bipods, a flashlight, a laser pointer, and other amenities, they are available in a broad range of sizes and designs.

Typically, the Norinco CQ-A carbine (above) is bought for additional self-tuning. However, there are AR-15 variations with factory modifications, such as the Bushmaster M4 MOE with a Magpul body kit (below)

Regular handgun grips are only suitable for a select few, thus substitutes in various shapes and manufacturing materials are taking their place. For instance, versions with rubberized surfaces, like the Magpul MOE or its equivalents from CAA, FAB Defense, and TAPCO, are highly comfortable. Prefabricated handles that can be shaped to fit your own hand's anatomy are produced by several businesses. The majority of handles also allow for the practical use of their inside cavity, which can be used to store oilers, keys, batteries, extra components, and other small objects.

And now, butts. Alternative models, like the well-liked Magpul CTR, frequently completely do away with the irritating backlash of base model stocks. Some butts can be fitted with adjustable cheek cushions or extra magazine storage, while others can be fitted with additional interior cavities and sockets for quick-release belt fastening. Additionally, there are butts for high-precision applications that have an integrated rear monopod or adjustable cheek height and overall length (Magpul PRS) (CAA ARS). The so-called CQB versions, which are extremely tiny alternatives, are another choice for close-range shooting.

Usually a backup, mechanical sights are made collapsible, like the Magpul MBUS. The primary collimator (Dong-In Optical IB-32) or optical sight can typically be utilized without being removed.

The majority of shooters utilize red dot or optical sights as their primary sights for the AR-15. In order to prevent impeding the cocking of the carbine bolt, it is necessary to keep an eye on the height of their installation in both situations. The majority of shooters also favor mounting the collimator so that, if necessary, they may see through it mechanical sights as well (this is called co-witnessing). To make focused shooting at tiny targets at distances more than 50 meters easier, collimators may occasionally be used in conjunction with a foldable 3x/4x magnifier.

For M4 type carbines, the conventional handguard consists of two plastic parts (above). It could be essential to swap the gas block for the front sight when swapping it out for a long cantilever handguard.

For proper mounting, medium and high magnification optical sights require a specialized forward mount. There is a wide range of options available, and while enthusiasts of tactical and practical shooting are frequently content with magnifications of 1-6x, high-precision models frequently offer maximum values of 10x, 16x, 20x, and more. Additionally, there are specialized sight types with ballistic reticles designated for the average target's trajectory. 5.56 NATO/223 Remington cartridge at varying ranges. They may be used efficiently to shoot at a chest target from distances of up to 500 m, and occasionally even farther.

For M4 type carbines, the conventional handguard consists of two plastic parts (above). It could be essential to swap the gas block for the front sight when swapping it out for a long cantilever handguard.

Since mechanical sights are frequently used as a backup, manufacturers try to make them foldable (such as the Magpul MBUS) or position them at a 45-degree angle to avoid obstructing the optics. The carbine must be turned to the side in this situation, but the arrows typically pick up on this method very fast.

A staggering amount of systems and mounts for underbarrel flashlights, laser designators, and other tactical accessories are offered for the AR-15. You get to decide whether it's required or not and how it should be presented.

This may just a small portion of what may be said about the characteristics of this firearm and its parts. The market is filled with a wide variety of AP15s from various manufacturers. We also hope that this quick detour into the realm of the most well-liked self-loading firearms in America will be helpful to you in both selecting and using a rifle. And keep in mind that you should never be too lazy to visit a shooting range and speak with people who are knowledgeable about the features of small arms before you buy a firearm so you can try it on, feel it with your hands, and determine whether it fits you. 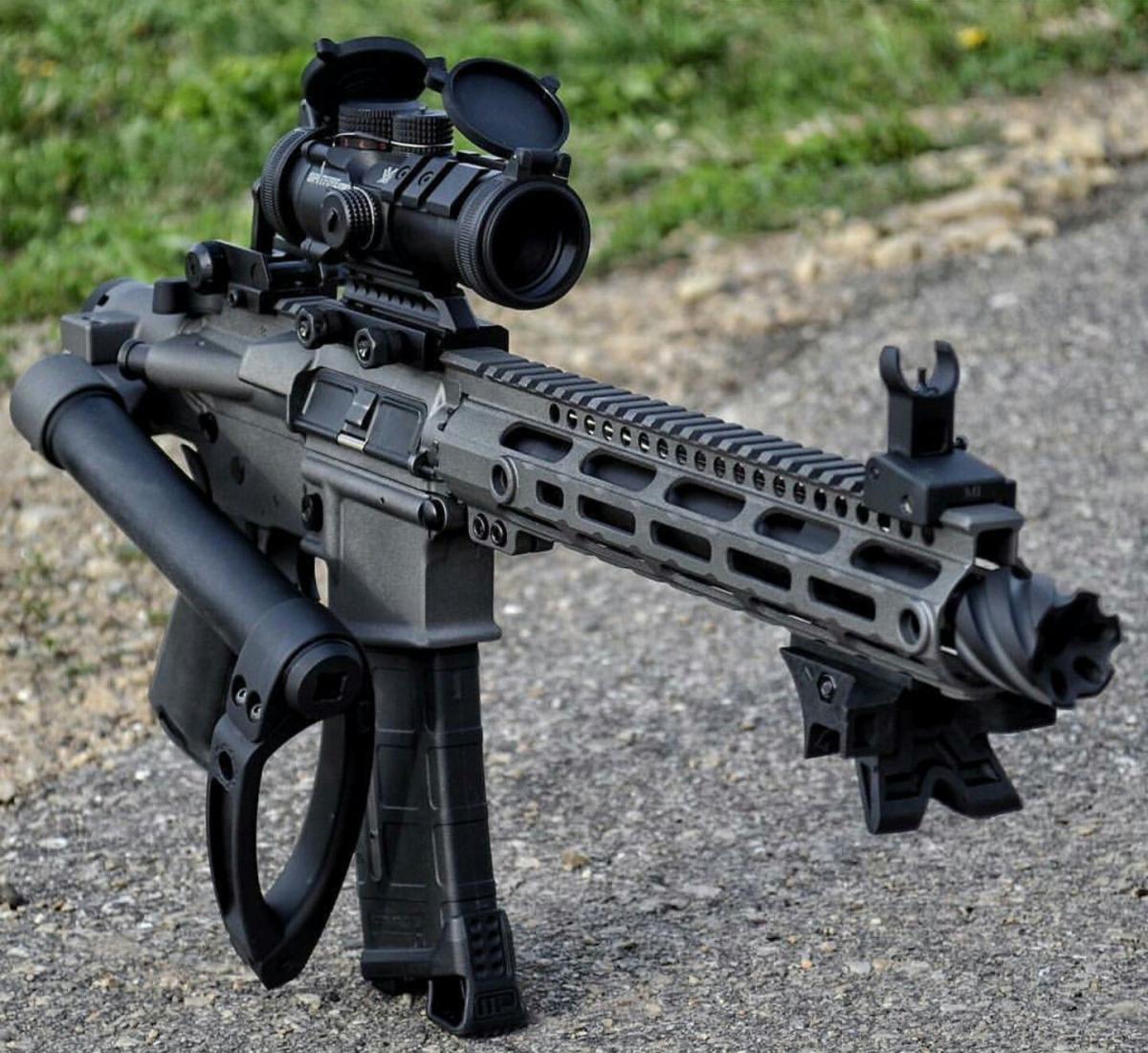