Which barrel ar is the best

The barrel is the most crucial component of a gun. The parameters of the firearm determine how it will fire. Different barrels can be created for the exact same handgun model. Of course, other barrels are also used in the production of AR rifles. Set aside the barrel's design attributes and focus instead on its technical characteristics to better understand how they affect performance and identify which barrels are more effective in particular applications.

The ballistic trajectory of a bullet is influenced by its speed. The typical muzzle velocity of the.223 Remington is 930 m/s, and because the.223 caliber bullet is very light, it loses velocity quite fast. The difference of 100 m/s generally has no special significance when a rifle is used up close. However, this difference will already be noticeable at 400–500 meters. The.223 and 5.56 NATO calibers' ballistics allow you to shoot at ranges up to 500–600 meters with some degree of confidence; beyond ranges are already too challenging for these cartridges.

The length of the barrel has little bearing on the precision of fire; shorter barrels' decreased accuracy is only apparent at great distances. Therefore, the barrel's length should be decided upon in light of the tasks. Rifles with a short barrel of 14.5–16 inches will be more practical if the AR-15 rifle is intended to be used for practical shooting or recreational target shooting because they are lighter, more compact, more agile. Although the.223 caliber is rarely used for hunting or relatively long range shooting, it might be preferable to purchase a rifle with a longer barrel if the AR-15 is only to be used for hunting and target shooting. The majority of AR-10 versions are made in different calibers and with barrel lengths of 18 to 20 inches or even longer because they are intended for hunting.

Another, less major, but equally real moment is that the sound of a shot coming from a shorter barrel is sharper and louder, and the flash of flame is brighter. In sports, the sound of a gunshot and a flame flash don't matter all that much, but they can already have an impact when hunting. From this perspective, large hunting barrels are also better to short ones because they don't scare away as much game.

The next variable is the barrel's "twist," or the pitch of the rifling. This is the length of the rifling through which the bullet must pass to complete one full rotation. The bullet will spin more quickly as it leaves the barrel the higher the rifling is produced in the bore, the shorter the twist turns out. How well a bullet is stabilized in flight depends on how it is twisted. The tip of well-stabilized bullets' noses accurately hit the target. Understabilized projectiles in flight start to "scour" and strike the target at random, occasionally even going in the opposite direction. It is unnecessary to discuss the shot's accuracy at all. There is also the issue of so-called "restabilization"; when shooting at a distance, too many twisted bullets may not reach the target precisely and may excessively "roam" in flight. The barrel and the bullet must be chosen accordingly for accurate shooting. The twist must be shorter (more "steep," "faster") for longer, heavier bullets, and longer (more "steep," "faster") for lighter, shorter bullets. Currently, 1:7, 1:8, and 1:9 twist AR-15 rifle barrels are offered in.223 caliber.

A 1:8 twist in.223 is typically well suited to 55-70 grain bullets, or for the majority of low-cost civilian ammunition.

A 1:8 twist is preferable for short-barreled carbines that aren't meant to shoot accurately and far away due to the availability of 223 cartridges. It is preferable to select barrels with a twist of 1:7 if you intend to shoot with a long barreled carbine for high precision utilizing pricey match cartridges loaded with a long bullet with good ballistic properties and a mass of 77 grains or more.

There are, in actuality, two nearly similar calibers: the civilian.

223 Rem and the 5.56 NATO, a more robust military round. The cartridges for these calibers are identical on the outside; they can be used interchangeably. However, these two calibers' chambers differ from one another. The 5.56 NATO caliber chambers are constructed more "freely" and have softer bevels on the rifling fields, making it simple and quick to employ even the cheapest and lowest-quality cartridges in them. Obviously, pricey advertising. Although the 5.56 NATO chamber will not provide great accuracy of the bullet's centering in the bore and will not permit the cartridge to demonstrate high accuracy, 223 Rem rounds can also be fired from such a chamber. The already "strict".223 Rem chamber is required for precise shooting. However, a rifle with such a chamber will also need more expensive, premium ammunition; if subpar, grossly inexpensive ammunition is used, firing delays may occur.

As of right now, 90% of AR-15 rifles made by manufacturers employ barrels with a.223-5.56 multi-caliber chamber, which offers both acceptable shooting accuracy and enough dependability for using bulk ammunition. Therefore, the multi-caliber chamber.223-5.56 is best suited for hunting or practical shooting. Additionally, the.223 Rem chambering in conjunction with the proper cartridges will be better for high-precision shooting.

Many manufacturers coat the bores of their guns in chrome to increase their longevity and wear resistance. This is particularly true for AR-15 rifles because when a.223 caliber round is shot, the muzzle pressure of the cartridge becomes quite high and the resource of a typical non-chrome-plated barrel ends rather quickly, making the barrel unusable due to heat and erosion and losing its accuracy. As a result, 5.56 NATO chambered barrels and AR-15 barrels are both often chrome-plated. The barrel with chrome plating "maintains accuracy" for up to 10–15 thousand shots. Because the chromium layer marginally reduces the geometric clarity of the barrel bore with its rifling, chrome-plated barrels' accuracy is slightly worse than that of non-chrome-plated barrels. But only extremely accurate rifles are covered by this. It is preferable to have a chrome-plated barrel for conventional rifles since its accuracy will last for a very long time and is vital because intensive shooting is planned and firing for precision is not supposed. Additionally, match barrels with excellent precision (0.5 MOA or less) are not chrome plated in order to preserve their accuracy. However, these barrels only have a "high-precision resource" of 2,000 to 3,000 shots. Of course, the barrel will continue to function well for a very long time after this resource runs out for other shooting or hunting purposes.

Other methods, such as carbonitriding and RF85, are available to expand the barrel's resource without significantly impairing its accuracy.

Here, everything is easy. As they heat up more slowly and are heavy, thick profile barrels are more precise and maintain accuracy longer when shooting, but they also make firearms harder to wield. Thinner-profiled barrels are lighter than thick-walled ones, but they heat up more quickly and have lesser accuracy. Therefore, only rifles intended for high-precision shooting are fitted with thick match barrels.

For mounting muzzle accessories, such as flash suppressors, compensators, muzzle brakes, and other devices, AR-15 barrels are threaded (often 1/2-28 TPI). Rifles typically come with a flash hider already attached. However, its only purpose is to put out a brief burst of flame. True, even on short barrels, the flame arrester handles this properly. You must remove the installed flame arrester in order to install another device. These concerns must be considered because the flash hider is typically fixed quite firmly on civilian AR-15s built in America employing fixing and even welding. It is best to avoid doing it yourself if you are unsure.

Which stem is the best?

The responsibilities that will be given to the AR-15 rifle are taken into consideration when choosing the barrel. If the rifle will be used frequently for hunting, target practice, or shooting ranges, it is best to get one with a multi-caliber chamber, 1:8 twist, and a short, chrome-plated barrel that is between 14 and 16 inches long. 223-5.56. A longer match (thickened) non-chrome barrel with a 1: 7 twist and a strict.223 Rem chamber would be preferable if the rifle's intended use is high-precision shooting.

However, keep in mind that since a large number of barrels are produced for the AR-15 and a wide range of alternatives are possible, it is impossible to make clear recommendations for all barrels, thus the information in this article shouldn't be taken as gospel. This is merely an average of the data. The article discusses the key barrel parameters and how they affect the barrel's properties. In the future, you'll need to know more about internal and external ballistics if you want to improve your shooting outcomes. 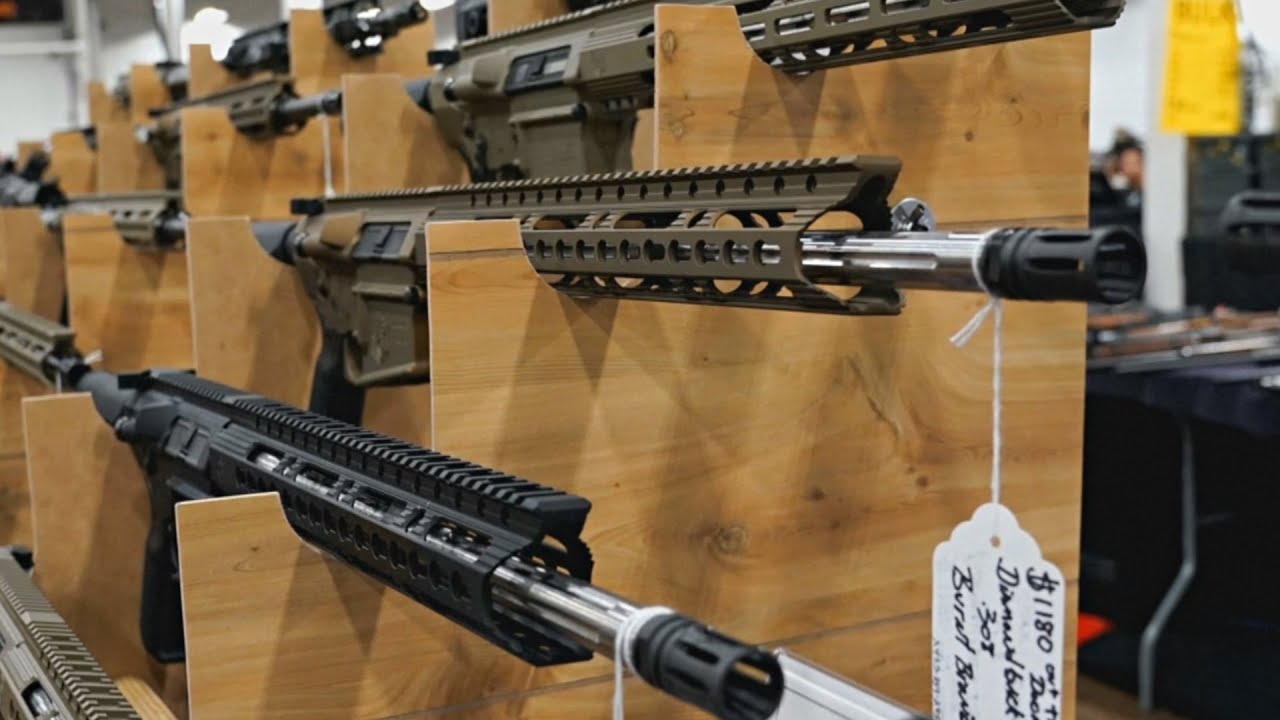