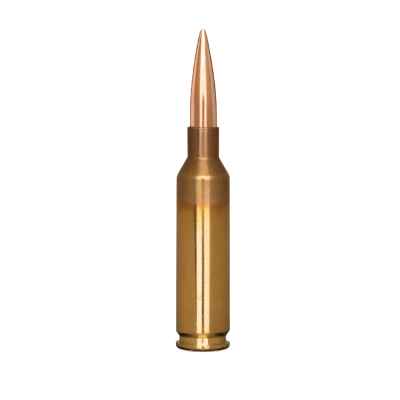 The development of the 243 Winchester Ammo is partly owed to the famous gun writer Warren Page. It is based on the 7.62x51 military case, which was necked down to .242. The reason behind its creation is that hunters would have access to ammo that would perform well on predator/varmints and deer-sized games. The .243 Winchester Ammo delivered excellently on this expectations. When you use 90 and 100-grain bullets, it will handle deer and pronghorn antelope easily. However, the lighter bullets work excellently with foxes, woodchucks, and many more like them. In addition, it offers a light recoil, ensuring that shooters can accurately place their shots. This is possible irrespective of their recoil sensitivity. This balance between versatility and light recoil is why it is one of the most famous rifle chamberings in the world. The .243 Winchester Special is being chambered in the Model 70 and the Model 88 lever action. Both offer accurate shots and ensure varmint hunters enjoy precise shot placements. Additionally, its best virtue is the killing power it provides for medium games. It provides the killing power at a noise and recoil level that helps hunters shoot calmly and accurately. In addition, it has enough power to penetrate a medium-sized deer's shoulder without exiting the broadside. The .243 Winchester Special is ideal for games weighing 80kg because it cannot ensure sufficient penetration on larger games. Although it will cause free bleeding, the killing will be slow, allowing animals to run considerable distances. The fastest kills are achieved within 200 yards and at impact velocities between 2650 fps and above.

With less drop and less wind deflection and an ability to shoot accurately at groups at a greater distance, the 6mm Ammo delivers reliable power to distances over 500 yards. It has its place of origin in the United States of America in the 1950s. The 6mm Ammo is designed with a single track, making it easy to get set up and quickly. It is known for a combination of high velocity, extended ranges, a flat trajectory, and accuracy. It is suitable, as well, to be used as a dual hunting cartridge for both medium-sized bug games and varmints. The 6mm ammo has a bullet diameter of 0.244 inches, a casing of 7 × 57mm, and a cartridge length of 2.825 inches. In addition, it has a max case length of 2.233 inches and a MAP of 52,000 CUP. 6mm Ammo cartridges are used for varying shooting purposes as they provide excellent accuracy for games and light recoil. Some of the 6mm ammo variations include the .243 Winchester, the 6mm Remington, and the .240 Weatherby Magnum. There is also the 6mm Creedmoor which came up in the year 2017. While the .234 Winchester continues to ride the 6mm ammo wave, the 6mm Remington remains a solid performer. This feature is due to today's high technology bullets, new powders, and the availability of fast twist rifle barrels. As a result, the 6mm ammo can shoot energies of over 1,700fps from a muzzle at a range of 500 - 600 yards.