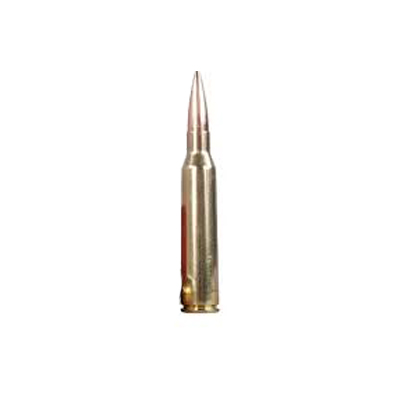 About The .338 Lapua Magnum Ammo or .338 LM Ammo for short, is a rimless bottlenecked centrefire cartridge mainly developed for sniper rifles capable of taking out long ranged targets. The loaded 14.93 mm cartridge can penetrate body armor that is considered above military standard at ranges climbing up to 1,000 meters. Although, the maximum effective range of .338 Lapua Magnum Ammo has been recorded at 1,750 meters. Manufacturer The beauty that is .338 Lapua Magnum Ammo was a result of a joint venture between the Finnish rifle manufacturer, SAKO, the British rifle manufacturer, Accuracy International, and the Finnish ammunition manufacturer, more commonly known as Nammo Lapua Oy. Uses The .338 Lapua Magnum Ammo is the ultimate centrefire rifle cartridge and since it specializes in long ranged targets, it’s the perfect choice for military snipers. Thanks to the bullet’s long effective range and the accuracy it provides, it’s the first choice for sniper rifle users during wars. However, it’s reputation just doesn’t end in the military, when the target is beyond 1,500 meters, the hunters’ first choice is .338 Lapua Magnum Ammo. Regardless the type of game they are hunting, the choice is always .338 LM Ammo because of the excellent and accurate results it is capable of yielding. This combat proven rifle round provides incredible performance, penetrating power and precision in the essential role of long range shooting.

The 408 Cheyenne tactical metric designation is a CheyTac 10.36 × 77mm. Also, it is a specialized rimless bottlenecked centerfire cartridge. Dr. John D. Taylor and Willam O. Wordman developed it. It has its place of origin in the United States and was designed in 2001. CheyTac USA LLC manufactures it. It has remained in production from the design year 2001, up till present day. It is ammo for the military long-range sniper rifle and has a bullet diameter of 10.36mm. It possesses a neck of 11.12mm and has a shoulder of 15.24mm. It also has its rim diameter at 16.25mm, and with a rim thickness of 1.60mm, it boasts an overall length of 115.50mm with a rifling twist of 330.2mm. The .408 CheyTac Ammo has a maximum pressure of 440.00MPa. With a bullet mass of 305gr, the .408 CheyTac Ammo travels at a velocity of 3,590 ft/s and delivers up to 11,247 joules of energy. A bullet mass of 419gr travels at 3,000 ft/s, and the energy delivered is 11,352 joules. The .408 CheyTac Ammo delivers very accurate performance from a sniper rifle. It also has solid copper bullets. It has the least bullet drop amongst a family of sniper rifles. This is due to its superior aerodynamics. The .408 CheyTac Ammo's low drop makes it ideal for dispatching targets at very long ranges. In addition, it provides downrange performance, which is made possible by using a premium high BC projectile.