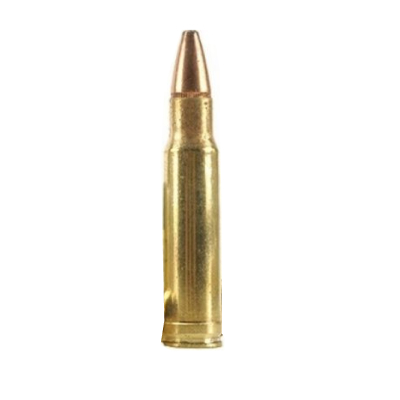 The .350 Remington Magnum carries the same design as the 7mm Remington Magnum but is a shortened version. When it was introduced, it was the most powerful 35 caliber of its time. However, due to its short-fat concept in a time when longer and slender were preferred, it failed to captivate gun writers and shooters then. In short, many innovations around this cartridge and the rifle chambered for it were heavily scrutinized and criticized. The .350 Rem Mag was created by the Remington Arms Company in the year 1965, a year after the Model 600 carbine rifle, a push-feed bolt-action rifle by the same arms company was introduced. This cartridge was produced with two factory loads: a 200 grain and a 250 grain each at a velocity of 3000 fps and 2500 fps, respectively. The .35 caliber Rem Mag was a powerful cartridge, generating muzzle energy of up to 4000 ft. lbs. In terms of performance, the cartridge had limited ability to use longer, heavier bullets with higher ballistic performance due to the magazine length of the rifles it is usually chambered in. The .350 Rem Mag was a handy rifle, making it a convenient brush gun. At a reasonable range, the .350 Remington Magnum could easily take on a dangerous game. However, reloading with certain bullets made the cartridge capable of 500 yards of big game hunting. However, this intense power came at the terrible cost of vicious recoil, making it difficult for the average man to take a shot with the rifle. Also, as the model 600 was made of light synthetic material, the bedding was always at risk of being destroyed by the enormous power of the .350 cartridge. The idea of a compact rifle which was accurate, long-reaching -boasting great power was what the model 600 and .350 Rem Mag hoped to achieve. Unfortunately, that was lost in translation, seeing the .350 Rem Mag factory loading discontinued.

The 350 Legend was released in 2019 and created solely by Winchester Repeating Arms Ammunition division, known now as simply Winchester Ammunition. The 350 Legend is a legend in its own right because it is one of the few cartridges that has no parent cartridge. It does have the same diameter as the .223 Remington cartridge but that is where the similarities of the two rounds start and end. This straight-walled cartridge was developed for hunting where states had strict regulations on straight-walled deer hunting rounds. The 350 Legend is a product of the Ammunition industry responding to ridiculous government regulation and overreach. Without oddball laws on hunting with necked cartridges, straight-walled cartridges like the 350 Legend cartridge would likely not exist. The performance of the round was designed to deliver high lethal terminal energy on deer at ranges out to 200 yards. The 350 Legend sits in an area of its own where at 200 yards it outpaces 300 Blackout, 30-30 Winchester, and 223 Remington in energy on target. The closest comparison for foot-pounds on target for the Legend is the 300 Blackout round which comes in at 790 ft-lbs at 200-yards. The 350 Legend clocks in at 903 ft-lbs at 200-yards. As you can see it’s no slouch and the .350 legend doesn’t just barely edge out the 300 blackout round either.