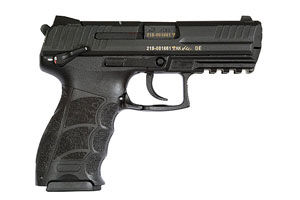 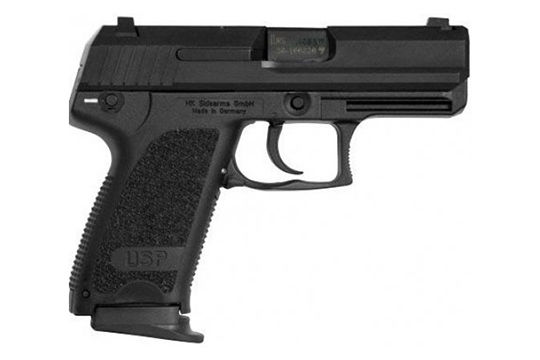 See deal
vs
HK P30
vs
HK USP Compact
vs

A recent HK pistol design, the P30 is a modern police and security pistol that combines function and safety. Ergonomic features include a special grip frame with interchangeable backstrap inserts and lateral plates, allowing the pistol to be individually adapted to any user. Ambidextrous controls include dual slide releases and magazine release levers. Variants with a conventional double-action/single action trigger have a serrated decocking button located on the rear of the frame. Variants with HKs enhanced double action only Law Enforcement Modification* (LEM) trigger have no external decocking controls. The HK Law Enforcement Modification (LEM) trigger system combines the advantages of a cocked striker component (constant level of trigger pull from first to last round fired) with a double-action hammer system. Using such an enhanced trigger system consolidates ease of use and safety into a convenient, innovative trigger operationone that reduces the chance of unintended firing. And in case of an ammunition-related failure to fire, all that is needed is an additional second or third squeeze of the trigger without the need of first pulling the slide back to re-cock the pistol. The enhanced LEM trigger system combines the reliability of a double action revolver trigger with the crisp trigger of a single action pistol. P30S models have an ambidextrous safety lever mounted on both sides of the frame. S models are available in conventional double-action/single action trigger mode and with HKs enhanced double action only Law Enforcement Modification trigger A Picatinny rail molded into the front of the frame makes mounting lights, laser aimers, or other accessories easy and convenient. The extractor doubles as a loaded chamber indicator providing a subtle tactile and visual reminder of a loaded chamber. Extensively tested, the P30 has already been adopted by several European police agencies. Excellent weight and balance make the P30 naturally pointable, easy to control, and accurate to shoot. An open notch rear sight with luminous (non-radioactive) contrast points allows for fast and accurate target acquisition, even under poor lighting conditions. During a recent (2009-2010) endurance test, a P30 test pistol fired more than 91,000 rounds without any major component failures.

The HK USP Compact is a small frame pistol capable of firing the most powerful cartridges in 9 mm, .40 S&W, .45 ACP, and .357 SIG (by special order). Based on the full-size USP models, these handy pistols combine compact size with optimum effective shooting performance. USP Compacts are smaller and lighter than large frame USPs. The reduction in trigger reach and grip circumference increases concealability and enhances shooting ergonomics. Unlike some subcompact semiautomatic pistols that use a difficult to shoot "two-finger grip" frame, the USP Compact uses a narrow, full-hand grip frame with a choice of interchangeable extended or flush-fitting magazine floorplates. This makes the pistol easy to shoot without sacrificing concealability. Like their large frame predecessors, USP Compacts are designed with the demanding needs of the law enforcement and military shooters in mind. Using a modified linkless Browning-type action, the USP Compact is built to take the punishment of high-energy +P loads. To reduce the length of the slide and barrel on the USP Compact, the mechanical recoil reduction system found on large frame USPs has been replaced by a specially designed flat compression spring contained in the captive recoil spring assembly by a polymer absorber bushing. Service life is still engineered to exceed 20,000 rounds. Easy to shoot, simple to maintain; the USP Compact is a reliable, safe, accurate, and highly concealable pistol.