Say you want a pistol for self defense, home defense or lawful concealed carry. There are so many choices out there. You want a pistol that could be a carry gun as well as enjoyable to shoot and chambered in a caliber that can knock down an assailant. Get a standard Witness in steel. 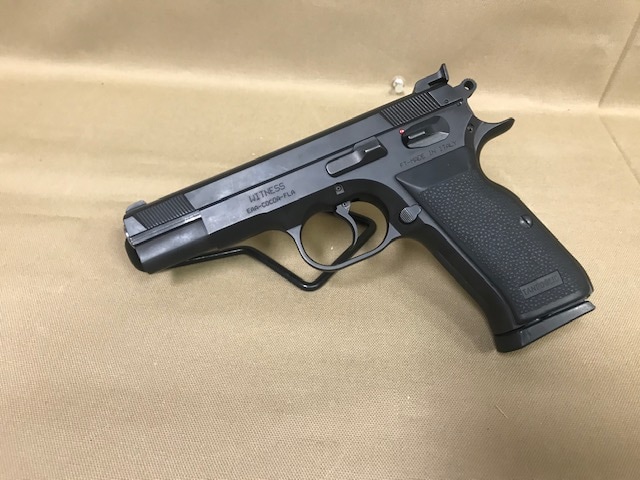 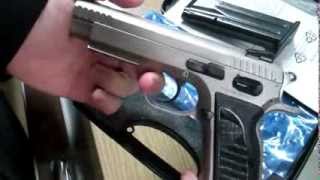 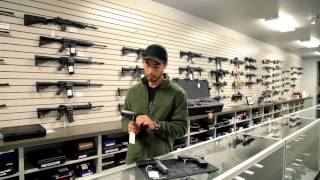 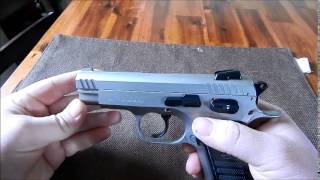 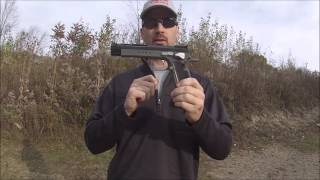 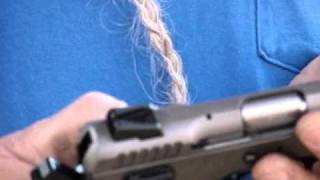 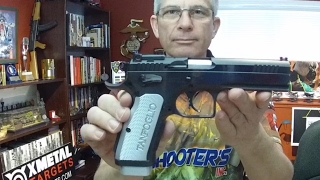 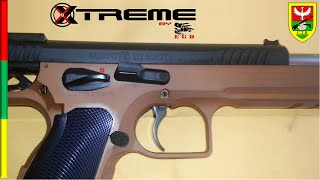 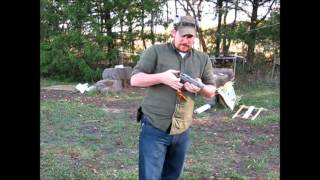 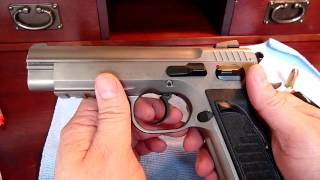 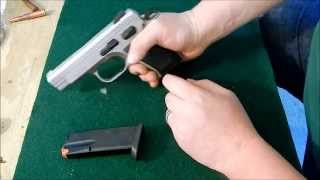 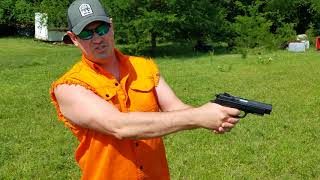 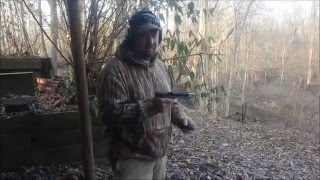 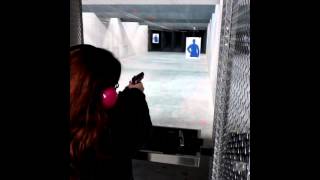 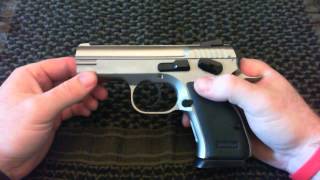 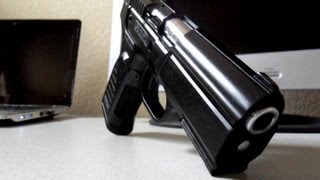 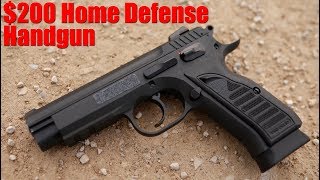 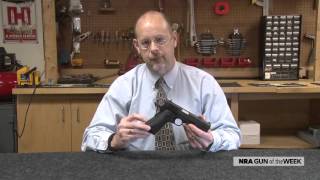 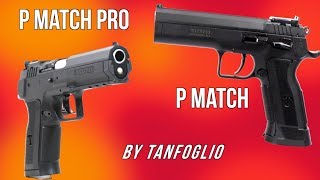 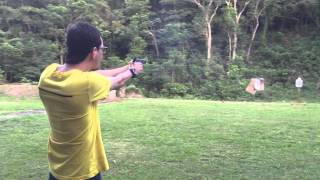 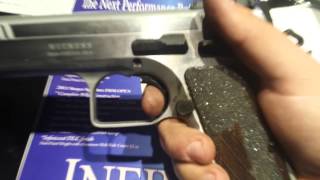 How would you like to rate EAA Tanfoglio Witness?
Positive: 249 Mixed: 36 Negative: 24

Looks like a nice gun. Unfortunately finish isn't perfect and before I even had a chance to fire it, I broke it down and the dual recoil springs were defective. EAA's service department says the firearm was shot with "extra hot ammo" the firearm had never been fired other than whatever was done at the factory. Terrible company won't even stand behind their product. JUNK. ...more

The Clip is a bit tough to work with but I love the gun.

Love this gun, feels great in the hand , rivals my cz shadow 2 in accuracy plus shares magazines with it. Only complaint is it has trigger slap which hopefully goes away. Buy it and you will thank me!!!

Hadn’t fired yet, but looks and feels better than I expected.

I researched quite extensively before buying this 10mm.rnThis Witness Stock III, is large and quite heavy. It is VERY well made, and is very accurate. The case that Tangfolio is amazing... well set out and beautiful!rnI am very happy with this gun, and with Bud’s prompt delivery.rnThe only negative is that it comes with only one magazine. ...more

First I%u2019ve always wanted a 1911 polymer frame pistol, this one is the commander 9mm style. Well I%u2019ll be the first to say this a big disappointment. I%u2019ve tried to give it a break in period but when the bullets stove pipe into the barrel, double feed and when the spent shells get hung on the ejection port there is a point when you just give up. Then let%u2019s talk about the documentation for the pistol, it only shows you the .45 version which is the same as any 1911 on the market, but doesn%u2019t show you the commander version. So breaking down this pistol was a feat in itself, I ended up calling eaa out of Boca Ratan Fl, they told me how to break the pistol down further then removing the slide stop like on any other 1911. Well you have to have 3 hands to do this. 1st you have to push the guide rod out the front till a hole appears (under tension from the spring) then, 2nd You have to put a 1/16%u201D pin in the hole capturing the guide rod then you can pull the barrel and guide rod and spring out the front. (You have to supply the 1/16%u201D breakdown pin yourself.rnMaybe the 45 is better this commander style. I%u2019ve traded for a Beretta APX, the best pistol I%u2019ve ever shot!!!!rnBuyer beware!!!! ...more

Simply put, I think this is one of the best all-steel pistols on the US market. And I don't mean "for the money"; I'm saying that this gun runs rings around pistols twice its price. The factory trigger alone puts most Berettas, FNHs, and SIGs to shame, so say nothing of striker fired guns. And with a minor trigger job, these guns _really_ shine. Note that these older, small-frame Witness 9mm pistols take a different (16 round) magazine than the newer, large frame (17 round) models, but the oddity it well worth putting up with. Everyone's preferences vary, but in terms of ergonomics, most people find these pistols very comfortable. We bought two of these and both of them are very accurate, even in the hands of inexperienced shooters. When we introduce someone to shooting, this is the first centerfire pistol we put in their hands. Not only is it comfy, but the SA trigger is very good. DA mode is pretty heavy, but no worse than most guns. It's just so easy to pick it up a Witness and get good results. And with the weight of the steel frame, recoil is minimal even for a 9mm. This gun is, in most ways, extremely civilized. Sure, it's got a basic finish, simple sights, and cheap grip panels, but it's pretty hard to deny that even at this level, it does most of what the high-end Tanfoglio/EAA Witness match models do. And it just so happens to accept most aftermarket parts designed for EAA match guns... The only downside we've found is due to part of what makes these guns so good: the slide rides inside the frame, providing tons of support for extremely linear, precise operation. This means that the gripping area at the rear of the slide isn't as big as on most pistols. So if your hands get slippery, it takes a little more care to grab it. Tanfoglio also makes these guns pretty tight, if our two samples are any indication, so while they functioned flawlessly, we decided to keep the frame and slide rails well-oiled during break-in, just to help things settle into a good wear pattern. For us, there are range guns for target shooting. They're a bit heavy for EDC, but awesome for HD, plinking, or even match use. We've tried the poly frame version and it carries well at a lighter weight, seems to be just as accurate...but it just can't match the feel of _steel_ in the hand. Buy this gun. Shoot it as is, or build it into something grand!. ...more

This an excellent pistol I will enjoy for many years.

There are no questions related to EAA Tanfoglio Witness

There are no problems related to EAA Tanfoglio Witness

© 2021 Guncritic. All rights reserved.
Home Sitemap Contact Us Terms & Condition Back to Top
This site uses cookies to provide you with great user experience. By using Guncritic, you accept our use of cookies. Accept